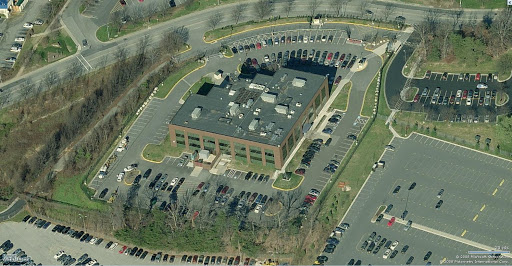 I spent some time in early 2001 at Fort Meade and other NSA facilities because the company I worked for received a contract to do some work there. This is my favorite story from that time.

I spent my very first day at an NSA facility called “Columbia Annex”. This was basically just an ordinary office building that the NSA leased. It wasn’t particularly impressive or secure. It didn’t have a secure perimeter or even a fence. The parking lot was shared with other buildings. There was 24-hour security, of course, as the NSA’s classified network extended to this facility and NSA employees worked there.

I point this out because it made things simpler the next day. The first time you enter an NSA facility, they generally go through a lot of checking to make sure you are supposed to be there. Subsequent times are much simpler. It helped that my first day was at a less secure facility.

I was worried that there might be some issues. My escort had never previously escorted anyone into an NSA facility. It just wasn’t something she ordinarily did. So she had just completed the training required to do this and would be doing a bit of learning on the job. But there were absolutely no issues.

I had to sign a non-disclosure agreement prior to starting work. They did not let me keep a copy of the agreement, but I do remember a few things about it. It had a list of the categories of their stuff you’re not allowed to disclose like “specifications”, “strategies”, “notes”, “summaries” and so on, typical legal boiler plate.

Buried in the middle of that list of things of the NSA I was not to disclose was one thing you typically don’t see on non-disclosure agreements — “existence of”. They joke that NSA stands for “No Such Agency”.

Ironically, on my first day at Fort Meade, a film crew was there filming  the 2012 documentary, “Inside the NSA”. So I think I’m okay to violate that provision of the non-disclosure agreement.

Excuse me one second, someone’s at my door.

My second day was at Friendship Annex. This is a larger, more secure facility. As you can see from the picture, it has a secure parking area, a perimeter fence, gated entry, and so on.

Now my escort had two strikes against her. This was only the second time she was escorting anyone into an NSA facility and this was not a facility whose security procedures she was particularly familiar with.

Anyway, I made my way to the secure entry room and walked up to the small counter. Behind me was a waiting area with a small couch, a few chairs, and some magazines. To my right were these massive scanners with pin pads and mantraps that you had to walk through to enter. I have no idea what they scanned for.

Anyway, I walk to the counter and inform the person there who I am and what I’m doing. She checks my ID, checks a physical list, and says that everything is in order. She hands me an electronic badge and tells me that my PIN code is “123456” (really) and waves me towards the scanners.

I walk towards the scanners and suddenly she stops me.

Her: Where is your escort?

Me: She took the other entrance. She said we’d meet inside.

Her: Well, you can’t go through the scanner without your escort.

I start to head out of the room to see if I can perhaps catch her before she enters the facility.

Her: You can’t leave here with that badge.

I start to take the badge off.

Her: Your escort has to sign that badge in.

I decide to sit down on the couch behind me and just wait. I figure she’ll eventually realize that things are taking too long and come looking for me.

And then a miracle occurs

So, here I am, sitting on a couch. I can’t go forwards. I can’t go backwards. All I can do is wait.

And while I’m waiting, a marine walks up to the desk. It’s his first day assigned to the NSA and he doesn’t have credentials for this facility yet. He provides his orders and military ID to the woman behind the counter.

She checks everything and removes a packet from a drawer. She instructs him to inspect the seal on the packet, open it in front of her, and empty the contents.

She identifies for him his NSA electronic ID to enter the facility and directs him to a small, sealed envelope. She explains to him that his temporary PIN is sealed inside the envelope and that he is to open it, memorize the PIN, return the piece of paper to the envelope, and return the envelope to her to be sealed and set aside for secure destruction.

There was complete silence for what seemed like a long time. Then the following exchange:

Her: Why did you do that?

Him: You said to destroy it.

Her: I said to give it to me so I can seal it and send it for secure destruction.

He didn’t say anything. I imagine the proper procedure would have been to invalidate his PIN, get him issued a new PIN at Fort Meade, and repeat this once the new packet got there. But that definitely would not have allowed our marine to make it to his assignment.

So she did something that I’m pretty sure is not official NSA procedure. She tore off the corner of a magazine she was reading, wrote “he ate it” on it, sealed it in the envelope, signed across the seal, and sent it off for secure destruction.

Now, I know what you’re wondering. How do I know she wrote “he ate it” on it? I wasn’t close enough to see. I was sitting down. They were standing up. Well, it’s because she loudly and clearly said “He. Ate. It.” as she was writing.

He got off to his assignment on time. My escort came to the desk to check on me and I went through the scanner. And I started my second day at the NSA.

These are the facts precisely as I remember them. Any embellishments (and I’m sure there are some) are in my memory from telling and re-telling the story.

3 thoughts on “An NSA Story”